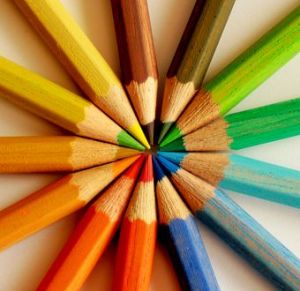 This week’s Daily Post Challenge is to write about colour.

They say you should paint your guest room yellow to discourage guests from staying for too long. I won’t claim to know anything about the phenomenon of yellow as a disuading kind of colour and I don’t feel it (not as far as I am aware, at least!). Colour can indicate or evoke a whole range of meanings and feelings. Purple is often associated with royalty and green with envy. But if you pay

attention to patterns in Walt Disney Animated Classics, of which there are multitudes, you’ll notice that numerous villains are surrounded by purple, green, or both. Maleficent is the ultimate example. I’m getting off track – no surprise – and Disney is NOT a short track in my world.

Back to colour. Specifically, yellow. I don’t have any yellow clothes. I never had yellow blankets or towels or pillows. There weren’t any yellow walls in our house. It is certainly not my favourite colour, wouldn’t even make the top ten. But yellow, I have come to discover over the years, is a hugely significant colour for me. Moreover, the absence of it is detrimental.

Summer sunshine would make anyone happy, but dreary, cloudy, Okanagan winters of brown land and grey sky can be arduous. Luckily, it was the norm to have snow ALL winter long when we were young to reflect back any light that creeped into the socked-in valley and brighten up the landscape with white. Unfortunately, as weather patterns began to change, summers cooled from mid-30s to mid-20s and winters warmed from optimal snow fall conditions to ugly brown Christmas weather.

But, that was winter in the Okanagan. It was like a long twilight. That uncomfortable time period where then sun is down, but the blanket of 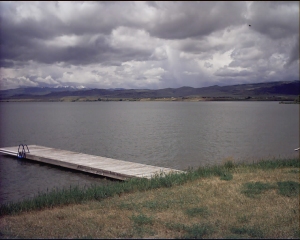 night had not yet overtaken the light of day. Grey light. Too light to close the curtains, too light for the yellow lamps to penetrate the grey. Too dark to read, too dark to NOT have lights on. I swear, sometimes it feels like I have a fog over my eyes, or a blanket hanging just beyond the tips of my fingers. I have to remind myself NOT to reach out to try to move it out of the way. Instead, I go shopping for higher wattage bulbs.

Not until about six or so years ago did I come to discover not everyone despised this dull time of day. Too many late afternoon cooking sessions with Grandma and Donna clambering around an ever-darkening kitchen while I loudly complained led me to realize that not only did they not MIND the kitchen losing its colour, they RELISHED the fuzzy light. Hmmmm.

Then I moved to Calgary and entered a whole new universe. It was sunny there. ALWAYS. I didn’t actually notice at first. Autumn, and my first September of teaching, came and went with the sun warming the crisp fall air. The first snows arrived and the sun just never left. I only noticed it on my first cloudy, Calgary day and realized how instantly bummed out I felt and how I so desperately and immediately missed the yellow light. WHAAAA?!?!?!!?!? I had just experienced 23 grey winters and done just fine (or at least according to my “norm” at the time) and now suddenly I was experiencing shock and disappointment at ONE cloudy day. What a shift. And so quickly.

It became even clearer to me how strong this effect was on my mood after spending a winter in Adelaide. The hardest winter of my life. Again, when comparing it my previous norm, it WAS awful. Maybe not an objectively awful winter; probably a somewhat standard Vancouver winter; just as grey as a Kelowna winter. BUT… after six winters in Calgary’s brilliant snow and sun addled environment, I no longer had the coping skills for the heaviness of cloud, grey, rain. 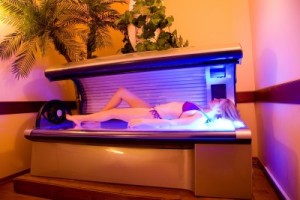 So, in an attempt to bring this post back on the topic of colour; Don’t make the mistake of downplaying the importance of Y-E-L-L-O-W. For those of you who have friends or family that get a bit down on a cloudy day, or seem about ready to pack it in by the time February rolls around and the clouds are still hovering – don’t discount it. Keep a look out for those people; take them to the tanning salon for a blast of vitamin D, go shopping for full spectrum light bulbs to brighten the darkest corners, dress them up warmly and drag them out for a walk or a coffee or a yoga session to get the blood pumping. It’s tough to self-motivate when grey light is literally pushing you down – help a sista find some yella!

Almost Wise
Sprout's out!
The People of Calgary

Because not everyone in Calgary is a Cowboy

The art of making a silk purse out of a sow's ear.

Crazy is relative. Just ask my relatives. And music!